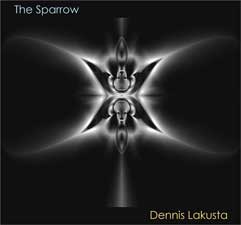 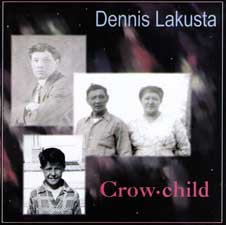 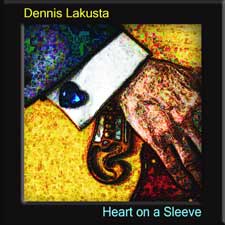 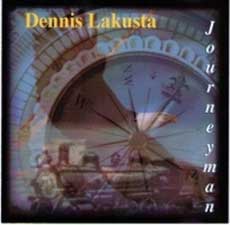 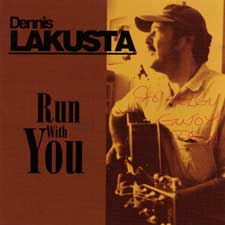 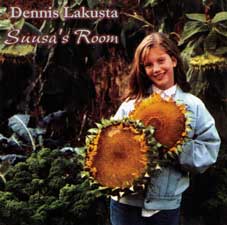 The following selections are from Dennis’ CD releases noted above.
Feel free to listen, download and share with friends.

Album: Heart on a Sleeve – HAVING TEA

There is an ancient Persian fable about a sage walking through a valley and, stopping to rest a while, he strikes up a conversation with the sun about the nature of darkness and light. I have taken the liberty of replacing the sage with Mother Earth.

It was Thanksgiving weekend, Ottawa, 1996. I had just heard from an acquaintance, that Colleen Peterson (a member of Quartet) had passed away from cancer the previous night. I immediately sat down and wrote the lyrics to this song.

From July of 1999 to July of 2000, seven of my personal friends have also died from this disease. I no longer sit around wondering why. Hidden within these lyrics is a plaintive cry for sanity.

Nanaimo, British Columbia was originally a coal-mining town and the E&N day liner runs through town twice a day, up island in the morning and down-island in the late afternoon. Wooo wooo.

There is a scene in the movie ‘Titanic’ where the ship begins to list to such an extent that the deck chairs begin sliding across the floor… that is the point when everybody knows…it’s all over. April 15th, 2012 marks the 100th Anniversary of the sinking of the Titanic. This tune draws a parallel between that event and the current world of high finance and ‘big’ money.

Album: The Sparrow – THE SPARROW

If sophisticated, hyper-intellectual man were to lower himself from his illusionary sphere of self-importance and self-absorption and re-assume his rightful place as a small but integral part of the rest of creation, he’d not only learn a few things but he’d also get himself into a lot less trouble. The common sparrow lives in the present, moment-by-moment realities of existence and therefore is closer to the ‘truth’ and the ‘divine’ than hyper-man will ever be.

Album: Run With You – TRACEY’S LULLABYE

From Album: Heart on a Sleeve – ANOTHER BREATH

Another song about the wonder, the profundity and the exquisite nature of the human breath.

The following videos are taken from two recent live DVD productions;
“Live at Janie’s Place” and “The Cinnibar Sessions”

Song: (Maybe the Human Beings) Will Have To Go 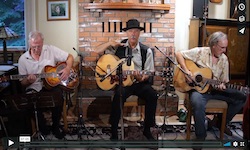 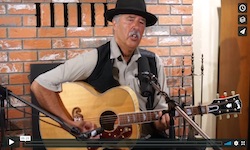 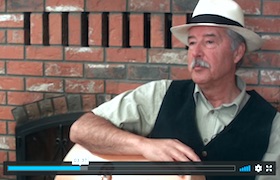 Speaking of people moving on, Utah Phillips left us this year (2008) and is currently enjoying a well deserved rest. Utah was an icon in the American traditional folk music scene and I can’t think of a better way for him to leave than on an old freight train.

And to keep him company on his journey home, I made room on the boxcar floor for Mr. Grierson. Utah and Al were comrades-in-arms, long time friends and both members of the ‘Rose Tattoo’, a close-knit association of ex-trainmen, hobos, troubadours, activists and all-round shit-disturbers. Great work fellas!!! See ya down the line.

Suusa went away to Holland one summer, and allowed me to camp out in her room.

While there, I made a simple observation, which is, that human beings have a strong tendency to project into their environment whatever is happening inside of themselves. To Katerina, Suusa, and the Geuer family.

Album: Crowchild – IF THE SALMON CEASE TO RUN

This song speaks of the life cycle and journey of the Sockeye and the Pink from the spawning ground along the mighty Fraser River system to the Pacific Ocean and back again.

The tune also alludes to biological ‘chain of life’ to which all organisms are integral, interconnected and interdependent upon for their mutual survival… if one part of the system is jeopardized, the whole system will eventually collapse. The whale ‘calls’ in the intro were created by musician John Hyde running his fingers along the strings of an upright double bass.

Album: Heart on a Sleeve – THE CHRISTMAS SONG

I once saw a bumper sticker in California that read: ‘Jesus is coming back and boy, is he pissed’.

This tune is dedicated to Jdimytai Damour, the 34 year old Wal-Mart temp, who was crushed to death by a crowd of 2000 stampeding shoppers, who had broken down the doors at a Long Island Wal-Mart store on ‘Black Friday’ (the official first day of the American Christmas shopping season).

I’m not making this up folks.

Five others were injured in the stampede including a pregnant woman. Nassau County Police Sergeant Anthony Repalone was quoted as saying “The sales people, they continued to ring up sales. It was like nothing was going on. People were absolutely oblivious”. Coincidentally, that same morning, and at the opposite end of the country, two shoppers shot each other to death after an argument at a “Toys R Us” store in Palm Desert, California. * And a very Merry Christmas to you too, Tiny Tim.

*Based on an article by Josh Wingrove of the Globe and Mail.

Most singer-songwriters eventually write something about their ‘first love’. I was young, very, very young when I first fell ‘ass-over-tea-kettle’ in love with the girl next door. Hmmm, she’d be turning 65 this year. Oh, to be a fly on the wall.

Album: Run With You – MONA

Mona lived in Southern California; I went to meet her in December of 1995. She told me she had breast cancer. By May she had passed away. This song reflects my deep loss for her passing.

Album: Heart on a Sleeve – WILL HAVE TO GO …

Album: Crowchild: Children of the Dust….

From Album: Crowchild – THE WARRIOR’S SONG

This is an honour song to the memory of Louis Riel.

A song dedicated to the beauty and splendor of the Nicola Valley.

Many more songs will be added at a later date; please stay tuned!

BACK TO TOP OF PAGE

This website uses cookies to improve your experience while you navigate through the website. Out of these, the cookies that are categorized as necessary are stored on your browser as they are essential for the working of basic functionalities of the website. We also use third-party cookies that help us analyze and understand how you use this website. These cookies will be stored in your browser only with your consent. You also have the option to opt-out of these cookies. But opting out of some of these cookies may affect your browsing experience.
Necessary Always Enabled
Necessary cookies are absolutely essential for the website to function properly. This category only includes cookies that ensures basic functionalities and security features of the website. These cookies do not store any personal information.
Non-necessary
Any cookies that may not be particularly necessary for the website to function and is used specifically to collect user personal data via analytics, ads, other embedded contents are termed as non-necessary cookies. It is mandatory to procure user consent prior to running these cookies on your website.
SAVE & ACCEPT